It's been released for awhile by now, and originally I posted this review in Dutch for my work. However, to keep this site alive I thought it might be time to translate it and show you my thoughts on Parasite.

About Parasite:
The movie tells the story of two Korean families: the poor Kim-family and the rich Park-family. The Kim's live at the bottom of the hill in a small, dirty house that regularly floods with rain. The Park family, on the other hand, lives at the top of the hill in a gigantic luxury villa. By coincidence, teenage son Kim Ki-woo gets a chance to tutor the daughter of the Parks. The luxurious life of the Park is very attractive to the Kims and Kim Ki-woo thinks of a plan to help his father, mother and sister also find jobs at the Parks. By means of lies and manipulation, the Kims, like a parasite, manage to penetrate the life of the Park family. 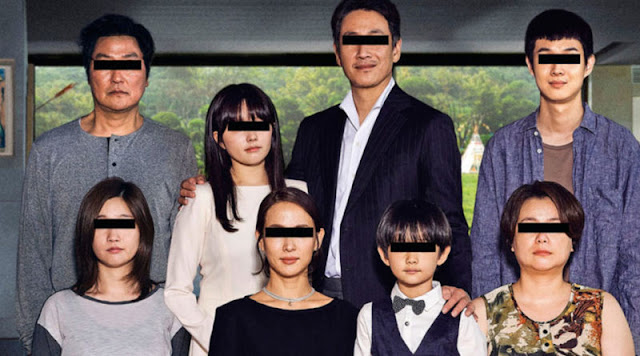 Parasite is the winner of some prestigious awards. It is the first Korean film to win the Golden Palm. The film has also won four Oscars, including best film of the year.

Like Boon Joon Ho's previous films, Parasite is filled with socio-political critiques of the torn class society. It gives a penetrating look at the differences between higher and lower classes and how these differences drive people to dispair to work themselves up to a higher class. The difference in height between the homes of both families is therefore no coincidence but instead represents a strong symbolic contrast between the economic inequality between the two families. While the way the Kims infiltrate the house of the Parks feels like a comic event, the film quickly turns into a grim tragedy in the second half.

The character are realistic and do not become stereotypes. For example, the poor people aren't being overly romanticized. Are they good people? No. Are they bad people? Also no. They are simply flawed human beings trying to survive. The Park also are not demonized as a wealthy high bourgeoisie. They are neat and seemingly likeable people. This ensures that Parasite has no bad guys and the characters remain in a morally gray area.

Parasite is an unpredictable mix of satire, black comedy and tragedy. It is a visual masterpiece and an absolute must-see for this year.
Geplaatst door Melanie op 07:20

My name is Melanie, I'm 26 years old and living in The Netherlands. I have a huge obsession with movies and with horror movies in particular. I also post about other stuff I like (or didn't like ;)) such as books and music.
Synopsis's are taken from IMDB, photos and videos are not mine, unless stated otherwise. 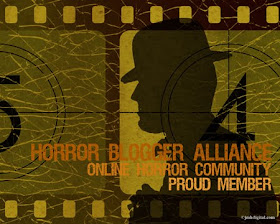